The International Law Commission was established by the General Assembly, in 1947, to undertake the mandate of the Assembly, under article 13 (1) (a) of the Charter of the United Nations to “initiate studies and make recommendations for the purpose of … encouraging the progressive development of international law and its codification”.

The term of office of the present 34 members of the International Law Commission will expire at the end of 2022. The election of the members of the Commission for a five-year term beginning on 1 January 2023 will take place at the seventy-sixth session of the General Assembly (approx. November 2021).

In his Policy paper on the nomination, UK Foreign Secretary, Rt Hon Dominic Raab said, “The United Kingdom is pleased to nominate Professor Dapo Akande as our candidate for the International Law Commission for the period 2023-2027. The UK has always been a strong supporter of the International Law Commission and is proud of the contribution that British international lawyers have made to its work. I believe that Professor Akande is perfectly positioned to strengthen this contribution yet further.

For all these reasons, I strongly endorse the candidature of Professor Akande at the elections for the International Law Commission that will be held during the 76th session of the UN General Assembly in November 2021. I hope that UN members have the opportunity to meet and engage with him, virtually or in-person, over the coming months. In doing so, I am sure that you will recognise the tremendous expertise, energy and rigour that Professor Akande would bring to the work of the Commission”

Professor Akande has been a Professor of Public International Law, Blavatnik School of Government of the University of Oxford since 2014. He is a Fellow of Exeter College, Oxford and Co-Director of the Oxford Institute for Ethics, Law and Armed Conflict (ELAC). Before moving to the Blavatnik School, he was Professor of Public International Law at Oxford Law Faculty and was, from 2012 to 2017, Co-Director of the Oxford Martin Programme on Human Rights for Future Generations. He has held visiting professorships at Yale Law School, the University of Miami School of Law and the Catolica Global Law School, Lisbon. He was the 2015 Sir Ninian Stephen Visiting Scholar at the University of Melbourne Law School’s Asia-Pacific Centre for Military Law. Before taking up his position in Oxford in 2004, he held positions at the University of Nottingham and the University of Durham, and from 1994 to 1998, he taught part-time at the London School of Economics and at Christ’s and Wolfson Colleges, Cambridge. (culled from Professor Dapo Akande’s Biography) 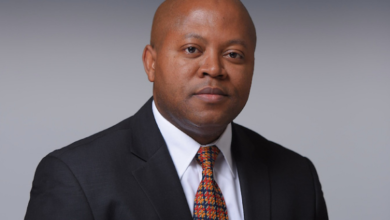 What is the motivation for excellence when average is acceptable? – Bode Olutunbi