As the Nigerian Presidential elections in 2023 draw closer, a disenfranchised populace is taking power into their hands. Grassroots movements are hoping the fundamentals of good governance would bubble up from the ashes of decadence, that Nigeria would stop the scourge of recycling bad leaders and that the electorate will once again vote for a government they feel can deliver on the Nigerian dream. As laudable as the ideas are, these grassroots movements face an uphill task.

Can they take on the establishment and win? Politics is an expensive endeavour which almost seems to confine it to games only the rich of sub-Saharan Africa can play. Grassroots movements are not new, but how effective can they be in an environment where leaders tend to ignore the rule of law, where it seems we have one set of rules for the lawmakers and another for the populace?

A trend seems to be emerging in Nigeria ahead of the 2023 elections. These movements are getting more organised, they are putting aside tribal differences and religious affiliations and are focusing on better living conditions for the people. Without asking for anything in return, I should add. These new groups are somewhat different from the Arab Spring of 2010 in that those were mainly anti-government protests that morphed into a movement that forced governments to make major shifts in approach. It was somewhat unprecedented, but they played out on the streets.

This time, the Nigerian movement is largely led and funded by well-informed middle to upper-class professionals in the diaspora willing to use their skills, pro-bono, to fight for the common good of the people. Their approach is to use social media as the launching pad. Of course, we know governments in certain parts of the world can take steps to shut down platforms they feel are anti-government. However, governments need the same platforms to push their rhetoric, particularly in this pre-election season. So, it is a double-edged sword.

One of such groups is the “Healthcare Workers for Good Governance.” From the membership of the group, in some of their online meetings, Nigerian medical professionals in the diaspora have decided to play big in the forthcoming elections by backing a political party in its embryonic stage with a presidential candidate that has experience of government but is considered by most, not to be part of the status quo. Some will argue otherwise. Why wouldn’t they? After all, it is politics.

While the Labour Party of Nigeria has been labelled as a party lacking structure, groups like the “Healthcare Workers for Good Governance” and “Doctors for Good Governance” have a structure the Labour Party may be able to leverage to deliver on its goals and plug this gap. In an online session attended by Prof. Pat Utomi on the 7th of August 2022, there were some significant points to note. Firstly, the audience was made up of a collation of such movements under the umbrella of Docs&Medics4PeterObi. This could be significant if other professional groups start to emerge. Secondly, some attendees were already calling for such an amalgamation. Thirdly, on the call, attendees were volunteering their resources and services in the name of good governance. Achieving the needed cohesion required to drive growth may not be as easy as it sounds.

Any such amalgamation will bring its challenges. The labour party must ensure that these groups don’t derail any plans they may have. At several points during the online session, it was unclear if Prof. Utomi was holding back information or whether no information existed. Is the party growing too quickly for its good? Furthermore, with the rapid growth of these different groups, whether members will be willing to sacrifice their movements for the greater good of the party like Prof. Utomi did for Peter Obi may be a soap opera waiting to happen. Lastly, the Labour Party will certainly need a more robust strategy than relying on the influence of religious institutions and professionals in the diaspora, which could backfire in a society where the electorate thinks about what they can get before thinking about what they can give.

These grassroots movements are certainly a phenomenon to watch and may very well be charting the future for a bottom-up approach to good governance. 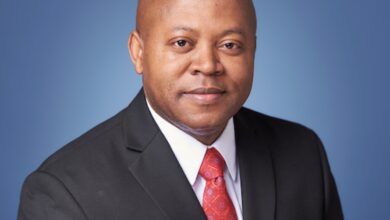