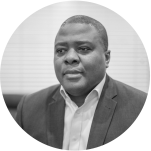 Akin Akinyemi is the co-founder of Syncterface, the owners of the thruMYeyes & Syncterface Media brands. Akin brings more than 25 years’ experience in senior IT leadership roles at leading organisations across multiple industry sectors and is also Director of IT & Technology Enablement, for a media company based in London.

Before this, Akin worked as an Associate Director within the University of East London’s IT function. He was also the Global Head of IT Operations for Arcadis UK (formerly EC Harris LLP) for many years, overseeing transformational IT programmes across the UK, Europe, ME & Asia.

Akin started his career at Caterpillar Nigeria & Unilever Nigeria before relocating to the United Kingdom.

Akin has authored many books. 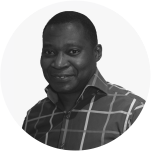 Akin Olunloyo is the co-founder of Syncterface, the parent company of the “Syncterface Media and “thruMyeyes” brands, and the CEO of the music label, Hart Vybes inc.

Having worked as a Structural Engineer for over five years at the distinguished Engineering firm Etteh Aro & Partners, Akin made a career change. As an Applications Specialist, he has offered consultancy services to leading organisations in the Banking, Insurance, Technology and Public sectors across Europe for the last twenty-three years. He currently consults at a Software company based in Central London.

Akin is said to be a creative genius with a genuine passion for making dreams become a reality. He is a singer/songwriter, a published author, and the music director for the London Healing conference, a yearly event organised by the Believers Faith Campaign.